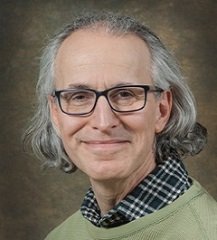 Domenico Gatti, MD. Ph.D., is Associate Professor in the Department of Biochemistry, Microbiology & Immunology at Wayne State University School of Medicine. Prof. Gatti received his MD from the Catholic University of Rome, Italy; and his Ph.D. from the University of Bari, Bari, Italy. Prof. Gatti is an expert in structural and computational biology.

After graduating summa cum laude from the School of Medicine of the Catholic University of Rome, Prof. Gatti served as a lieutenant medical officer in the departments of Clinical Chemistry and Infectious Diseases of the Military Hospitals of Padova and Bari (Italy). As a graduate student in the department of Biochemistry of the University of Bari he worked on the mechanism of electron transfer and proton translocation in the respiratory chain of mitochondria in mammalian cells. As a post-doc in the department of Biological Sciences of Columbia University Prof. Gatti cloned several yeast genes and applied directed mutagenesis to investigate the assembly of mitochondrial respiratory complexes. As a post-doc in the Biophysics Division of the University of Michigan, he determined the X-ray structure of several bacterial proteins and applied several methods of computational chemistry to investigate their mechanism. As an Assistant/Associate Professor in the department of Biochemistry and Mol. Biology of Wayne State University Prof. Gatti has determined the X-ray structure of several additional enzymes and investigated their mechanism by a combination of mutagenesis, X-ray crystallography, rapid kinetics, and molecular (QM/MM) simulations. He has also developed a suite of programs for the prediction of protein structure from the coevolution signal in multiple sequence alignments, MSAVOLVE that is used worldwide for structure prediction. He has also developed a Finite Elements Method (FEM) model for the simulation of axonal damage in traumatic brain injury. Thus, over the years Prof. Gatti has worked on different aspects of mitochondrial bioenergetics, molecular biology and biogenesis, enzymes mechanism and atomic structure, and on a variety of methods used in bioinformatics, computational chemistry, and computational biology. Consequently, Prof. Gatti has gained significant expertise in many research areas ranging from some that are mostly experimental to others that are purely computational. In the past four years, the use of expansion microscopy in diagnostic pathology has necessitated the use of machine learning and AI, which is a major focus in his laboratory.