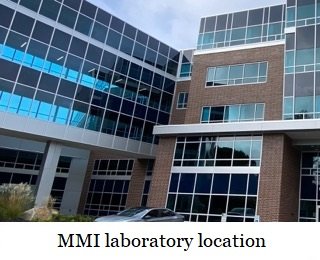 CURRENT FOCUS OF THE INSTITUTE

METABOLISM-SKELETAL MUSCLE-DIABETES
(Bhanu P. Jena, Lars Larsson, Suzan Arslanturk)
Cell Secretion
Secretion is a fundamental process through which cells communicate with their environment and exchange information in a multicellular context to reach homeostasis and sustain life. Secretion is a highly regulated cellular process in all living organisms, from yeast to cells in humans. Cellular cargo such as neurotransmitters in neurons, insulin in beta cells of the endocrine pancreas or digestive enzymes in the exocrine pancreas, are all packaged and stored in membrane-bound secretory vesicles that dock and fuse at the cell plasma membrane to release their contents during secretion. Cup-shaped lipoprotein structure at the cell plasma membrane called porosomes are involved in the transient docking, fusion and content release of secretory vesicles, with great precision at the cell plasma membrane during secretion. Although the nanoscale structure and composition of the porosome is established, understanding its atomic structure remains, and will be investigated (porosome-mediated secretion).

Metabolism and Diabetes
Metabolic syndrome is a cluster of conditions that occur together, including obesity, type 2 diabetes, increased risk of cardiovascular disease and fatty liver disease. Both genetic and environmental factors contribute to the development of metabolic syndrome, as does aging and the microbiome. At a molecular level, these are all associated with insulin resistance, and the first site of insulin resistance in type 2 diabetes is at the level of skeletal muscle. Research in this area includes understanding the molecular basis of insulin action in skeletal muscle and other tissues, such as liver and fat, and how this is altered in insulin resistant states. Studies include animal and cellular models of disease with the emphasis of defining the fundamental defects underlying these disorders. The effects of exercise on insulin resistance and the impact of insulin resistance and diabetes on the brain and increased risk of Alzheimer’s Disease will also be investigated.

Skeletal Muscle Cell Atlas
A large body of work demonstrates that with aging or prolonged periods of sedentary state, a major detriment to the physiology is accelerated wasting of skeletal muscles and loss of function. While muscle cells have been studied for over four centuries, much remains to be understood about how these cells precisely tune their behaviors in a tissue context to potentiate the proper function of the organism. In humans and most mammalian species, skeletal muscles composed of skeletal muscle cells constitute nearly 40% of body mass and under neuronal control among others, serve as major hubs of metabolism due to their role in locomotion. Thus, a prime candidate for modern systems biology approaches to understanding contextualized cell behavior is the skeletal muscle and its neuroendocrine control. A molecular and systems level understanding of the skeletal muscle cell structure and dynamics and the biological network that directs their activities is paramount to elucidating two of the most fundamental life processes: metabolism and movement.

INFECTIOUS DISEASES
Mitigating Infection with Enveloped Viruses (HIV, Coronavirus and others)
(Bhanu P. Jena, Octavian Bucur)
MMI is collaborating on a formulation to mitigate infection by enveloped viruses, such as HIV and Coronavirus (Covid-19). The active constituent used in this formulation is a U.S. Food and Drug Administration (FDA) approved product. The proposed effective dose of the active constituent in the formulation to be administered, falls within the FDA-specified guidelines. The proposed route of administration of the formulation is dermal, nasal and pulmonary using a soft mist inhaler to deliver a precise dose. The formulation has the additional potential of mitigating bacterial and fungal infections. A randomized double-blind placebo-controlled clinical study on 1,000 front-line health care workers is planned.

Overcoming bacterial resistance to antibiotic and the spread of infectious diseases
(Bhanu P. Jena)
Rapid urbanization resulting in increased population density combined with socioeconomic disparities is threatening global health. According to the World Health Organization, the major health challenges facing cities today are from infectious diseases like hepatitis, TB, Pneumonia and antibiotic resistance. Utilizing the inexpensive, precision nanoscale thermometry approach developed at MMI, the presence of antibiotic resistant bacteria can be detected and the precise antibiotics required for treatment determined.

DIAGNOSTIC AND MOLECULAR PATHOLOGY
Development of a precision, rapid and inexpensive ‘Cancer Detection Tool-kit’ and non-invasive liquid biopsy approaches
(Bhanu P. Jena, Victor Velculescu, Octavian Bucur)
MMI is involved in the development of a precision, rapid and inexpensive nanothermometry approach for early cancer detection, diagnosis and therapy. The published and patented study on the molecular motor myosin and on intact muscles demonstrate that molecular and cellular calorimetry at the single molecular level and in the mK scale is able to differentiate between normal and cancerous cells, based on the principle that as a result of increased cellular glycolytic metabolism and higher metabolic rate, cancer cells exhibit higher temperatures, hence their detection as a consequence in loss of fluorescence of nanometer scale quantum dot thermometers.
MMI will also pursue non-invasive liquid biopsy approaches for early detection and monitoring of cancer patients.

Rapid and inexpensive approach of ‘Differential Expansion Microscopy’ combined with Machine Learning in ‘Diagnostic Pathology’
(Bhanu P. Jena, Douglas J. Taatjes, Suzan Arslanturk, Octavian Bucur)
Expensive and time-consuming approaches of immunoelectron microscopy of biopsy tissues continues to serve as the gold-standard for diagnostic pathology. The recent development of differential expansion microscopy (DiExM) combined with machine learning capable of up to 8-fold lateral expansion and over 500-fold volumetric expansion of biological specimens, for their morphological examination at approximately 20 nm lateral resolution using an ordinary diffraction limited optical microscope, is a boon to diagnostic pathology. An automated tool-kit, which incorporates digital pathology and machine learning, is being developed for commercialization and use.


The development of new tools and technologies in imaging, proteomics, genomics, mathematical and computational approaches such as machine learning, provide for the first time the opportunity to understand the skeletal muscle cell and it’s neuronal and hormonal control at the systems level. The initial focus will be to establish a “Human Skeletal Muscle Cell Atlas” which will provide a global reference map and greater understanding of its structure and function. A consortium of independent investigators in the field will pool their intellectual and technical resources currently available through separate ongoing collaborations and utilize them to understand metabolism and movement in human skeletal muscle at the molecular scale and at the systems level. The institute with its multi-disciplinary approach, will serve as a powerful platform to train the next generation of investigators and educators and to generate public awareness on the beneficial impact of the proposed multi-disciplinary research to society.