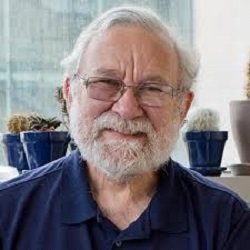 Peter Walter, Ph.D. is Director, Bay Area Institute of Science at Altos Labs [https://altoslabs.com/team/scientific-leadership/peter-walter/]. He is a Emeritus Professor and the former Chair of the Department of Biochemistry & Biophysics at the University of California at San Francisco (UCSF) and HHMI Investigator.

Since 1997, Walter has been an investigator of the Howard Hughes Medical Institute. He is the 2016 President of the American Society of Cell Biology and an elected member of several prestigious scientific societies such as the German Academy of Natural Scientists Leopoldina, the U.S. National Academy of Sciences, the U.S. National Academy of Medicine, the American Association for Arts and Science, and the European Molecular Biology Organization.

He is a co-author of the textbooks Molecular Biology of the Cell and Essential Cell Biology, two of the world’s most widely used standard works in the field of molecular cell biology.

Among the many awards he has received are the Eli Lilly Award in Biological Chemistry, the Passano Award, the Wiley Prize in Biomedical Sciences, the Stein & Moore Award from the Protein Society, the Gairdner Award, the E.B. Wilson Medal from the American Society of Cell Biology, the Otto Warburg Medal from the German Biochemical Society, the Jung Prize, and the Paul Ehrlich and Ludwig Darmstaedter Prize, the Shaw Prize, the Lasker Award, the Vilcek Prize and the Breakthrough Prize.