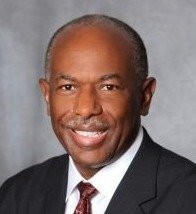 James E.K. Hildreth Sr., Ph.D., M.D., is president and CEO of Meharry Medical College, and serves in President Joseph Biden’s Health Equity Task Force. He serves in the FDA Foundation and in the FDA Vaccines and Related Biological Products Advisory Committee. He also serves as an advisor to the Director of the NIH. Prof. Hildreth is a member of the US National Academy of Medicine, and a recipient of numerous awards and honors for his academic and scientific contributions.

President Hildreth received his BA from Harvard College, his MD from John’s Hopkins University and his Ph.D., from Oxford, in the UK. He has transformed institutions and lives through a unique combination of skills, expertise and passionate drive. He seeks to achieve organizational success by nurturing passion and developing confidence in others. Hildreth’s enthusiasm and love for the work he does inspires others and draws them into bold visions and new directions.

Because of his standing as a world-class infectious disease expert, excellent ability to explain complex science to laypersons and engaging communication style, Hildreth has emerged as a respected national figure in the response to the COVID-19 pandemic. In September 2020, he was appointed to the FDA Vaccines and Related Biological Products Advisory Committee that is reviewing COVID-19 vaccine candidates for approval, and in February 2021, Dr. Hildreth was named to President Joseph Biden’s Health Equity Task Force.

Currently, as president and CEO of Meharry Medical College, Hildreth is leading the technological, academic and clinical transformation of the nation’s largest private historically Black academic health sciences center. Focusing on the future of an organization with challenges represented by constant changes in higher education and health care, he has positioned the organization for success through innovative programs, strategic partnerships and entrepreneurial culture.

Previously, Hildreth served as dean of the College of Biological Sciences at University of California, Davis. In this role he oversaw the education of thousands of undergraduates—the majority of whom had aspirations for health care careers. He totally revamped the college’s student advising system and created novel student learning communities. These visionary changes were adapted by the entire UC Davis campus comprising six undergraduate colleges. He also created a unique research program called “Kingdom Crossing” involving collaborations between scientists who focused on organisms from distinct kingdoms of life (plants, animals). This program resulted in novel discoveries including a plant hormone with significant potential as an antimalarial drug. Hildreth spent 23 years at Johns Hopkins School of Medicine as student, postdoc, professor and associate dean. His research on HIV resulted in international recognition for several key discoveries including identifying a critical role of cholesterol in HIV infection. His research resulted in 11 patents and a technology licensed by Genentech which resulted in an FDA-approved drug, Raptiva.

Hildreth holds an M.D. from Johns Hopkins School of Medicine, a Ph.D. from Oxford University and a B.A. from Harvard University. He is a Rhodes Scholar who has been elected to the National Academy of Medicine. He has received numerous awards and recognition, including honorary degrees, for his scientific accomplishments, leadership, service to disadvantaged communities and mentorship of students and junior colleagues. In 2021 Dr. Hildreth was inducted into the Tennessee Health Care Hall of Fame. Modern Healthcare named him one of the “50 Most Influential Clinical Executives” for 2021. In recognition of his leadership in the fight against COVID-19, Nashville Scene magazine named him “Nashvillian of the Year.” He has served on numerous national scientific councils including current membership on the Advisory Council to the NIH director. Hildreth currently serves as Chair of the Board of Trustees of the St Jude’s Research Hospital Graduate School of Biomedical Sciences. He also serves on other boards including the Nashville Healthcare Council, Nashville Health, Boy Scouts of America and the General Board of Higher Education of the United Methodist Church.