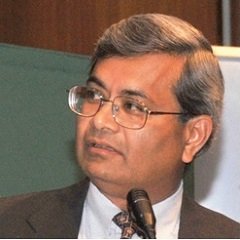 Prof Jena’s scientific enquiry on how cells secrete, led to the discovery of the “porosome” - a new cellular structure and a molecular nanomachine, demonstrated to be the cells secretory portal, involved in the fractional release of intra-vesicular contents during secretion. Currently, the major focus of his laboratory is to determine the distribution of proteins within the porosome complex using single particle cryo-electron microscopy, and small angle X-ray solution and neutron scattering among other projects. In the past two decades, Prof. Jena has been engaged in research and educational institution building, to bring the benefits of science and education to society.